GOODYEAR 400 TO DEBUT AT DARLINGTON RACEWAY MAY 9

DARLINGTON, S.C., April 14, 2021 – Darlington Raceway and Goodyear today announced a partnership on the entitlement of the spring NASCAR Cup Series race as part of the Official Throwback Weekend of NASCAR on May 9. The official name of the race will be the Goodyear 400.

In support of the Official Throwback Weekend of NASCAR, Goodyear will once again replace the yellow “Eagle” logo on the sidewalls of its racing tires with a vintage “Blue Streak” sidewall design. In keeping with the race weekend’s throwback theme, the Blue Streak tires will include white Goodyear lettering and a white logo that reflect the design of NASCAR tires used in the 1960’s and 1970’s.

“Goodyear is one of the most iconic brands in the history of motorsports, so we are proud to name our spring NASCAR Cup Series race at Darlington Raceway the Goodyear 400,” said Darlington President Kerry Tharp. “Goodyear has been a part of many monumental moments in Darlington Raceway’s storied history. We look forward to writing a new chapter with Goodyear as part of the Official Throwback Weekend of NASCAR.”

Goodyear has a rich history at Darlington Raceway as the company conducted its first official NASCAR tire tests at the track in 1954 and earned its first NASCAR victory in the 1959 Southern 500® with driver Jim Reed. The Goodyear 400 will mark Goodyear's first race entitlement in North America.

“Goodyear is honored to be a part of the Official Throwback Weekend, a tradition that drivers and fans look forward to each year,” said Karen Maroli, Goodyear's vice president of marketing. “Goodyear and NASCAR have a shared legacy that spans six decades and multiple generations, and the throwback nature of the Goodyear 400 allows us to celebrate the accomplishments of the past while also showcasing the incredible talents of drivers today."

The Goodyear 400 is a continuation of Goodyear's long-standing relationship with the sport of racing. As the "Exclusive Tire Supplier" for NASCAR's top three series, Goodyear is the longest-running continuous partner in NASCAR history. Goodyear produces more than 100,000 tires for NASCAR’s top three series every year, and each tire is custom-built by the hands of passionate Goodyear associates in Akron, Ohio – Goodyear’s global headquarters – and donned with the name of the employee who helped produce it.

To learn more about Goodyear Racing, visit www.Goodyear.com/Racing. Tune-in to watch the Goodyear 400 on Sunday, May 9 at 3:30 p.m. ET on FS1 and Motor Racing Network.

Darlington Raceway, nicknamed The Lady in Black and the track Too Tough To Tame, is home to the award-winning Official Throwback Weekend of NASCAR and annually hosts two NASCAR Cup Series race weekends, along with the NASCAR Xfinity Series and/or NASCAR Camping World Truck Series. Opening in 1950, Darlington Raceway is “A NASCAR Tradition” and NASCAR’s original superspeedway with its famed 1.366-mile egg-shaped oval, challenging the sports best in one of the most iconic NASCAR races, the Southern 500®. For more information about Darlington Raceway, visit darlingtonraceway.com. 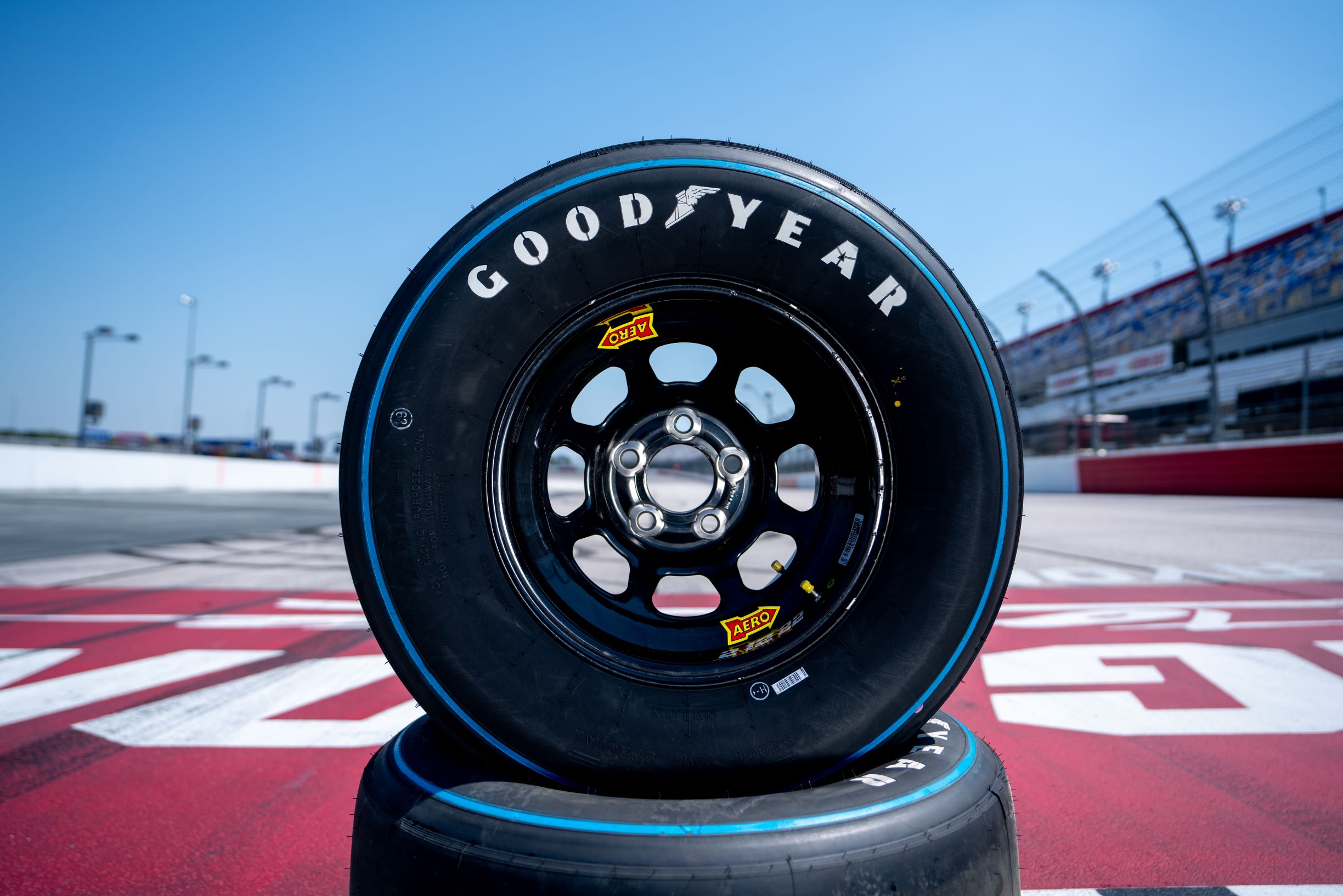 In keeping with the theme of the Official Throwback Weekend of NASCAR, Goodyear will replace the yellow “Eagle” logo on the sidewalls of its racing tires with a vintage “Blue Streak” sidewall design. The Blue Streak tires reflect the design of NASCAR tires used in the 1960’s and 1970’s.

The Goodyear 400 will mark the company’s first race entitlement in North America. Goodyear has a rich history at Darlington Raceway as the company conducted its first official NASCAR tire tests at the track in 1954 and earned its first NASCAR victory in the 1959 Southern 500®. 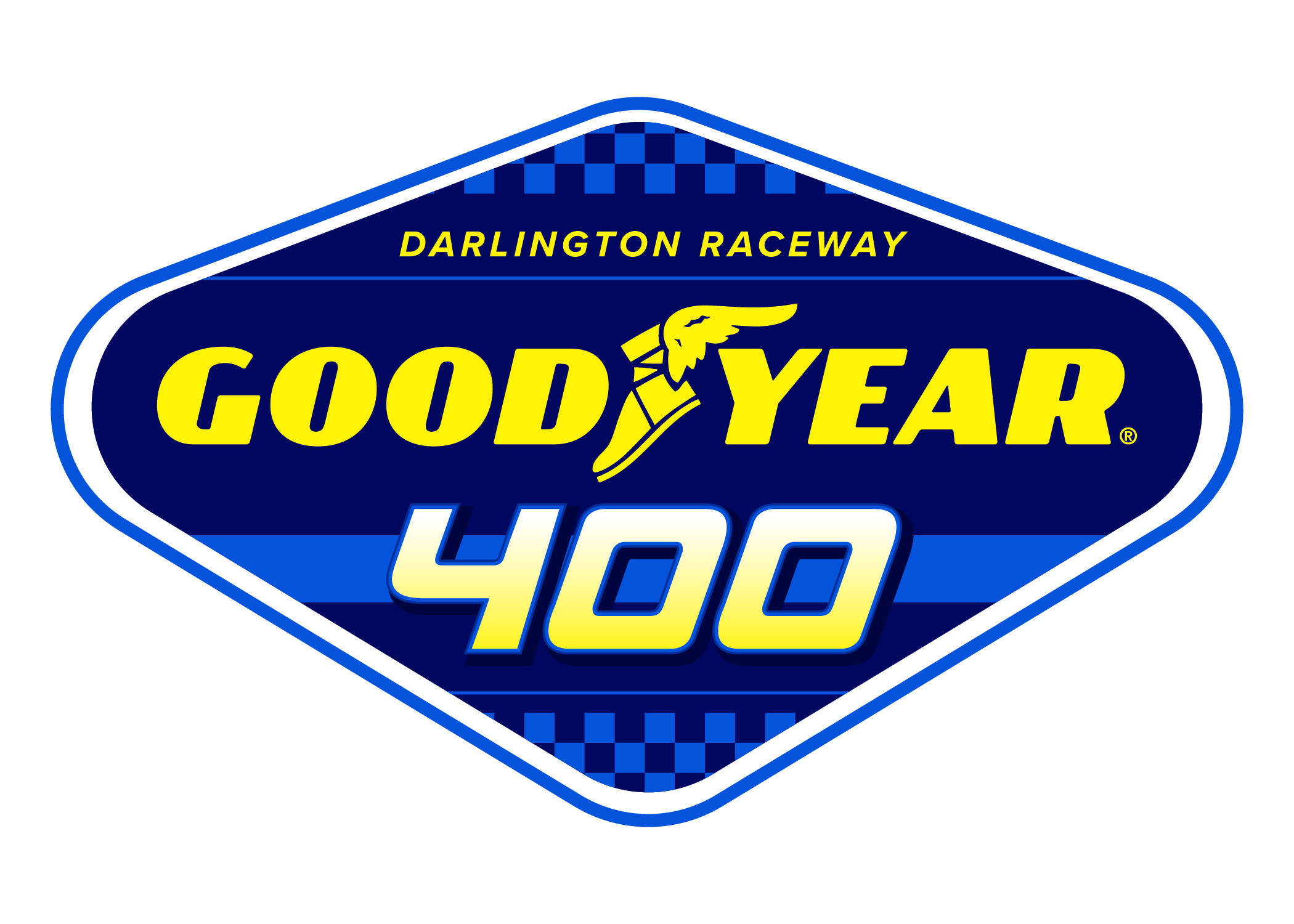 The Goodyear 400 is a continuation of Goodyear's long-standing relationship with the sport of racing and the longest-running continuous partnership in NASCAR history.