Celebrates the 50th anniversary of the first Goodyear Blimp visit

AKRON, Ohio, June 2, 2021 – For the first time in six years, the Goodyear Blimp will return to EAA AirVenture Oshkosh this summer. Wingfoot Three’s appearance marks the 50th anniversary of the first visit by a Goodyear Blimp to what has become the world’s largest airshow.

Goodyear Aviation will also exhibit in booth #489 at the show, which runs from July 26 through Aug. 1.

“We are excited to be returning to EAA AirVenture Oshkosh this year to showcase our products and interact alongside consumers who share our passion for aviation, all while celebrating this milestone anniversary of the Goodyear Blimp. With aviation enthusiasts coming from all over the world, this show, known as the world’s largest airshow, is a great opportunity for Goodyear to share our rich history in aviation,” said David Barnette, Goodyear General Manager, Global Aviation.

Christened in 2018, Wingfoot Three is the newest Goodyear Blimp, completing a nearly decade-long transition of Goodyear’s world-famous fleet to high-tech semi-rigid airships. At 246 feet long, Wingfoot Three will be one of the largest aircraft on the field and a full 54 feet longer than the Goodyear Blimp America that first touched down in Oshkosh back in 1971.

More information on the blimp’s schedule, including air show performances and pilot autograph sessions, will be announced in the coming weeks. 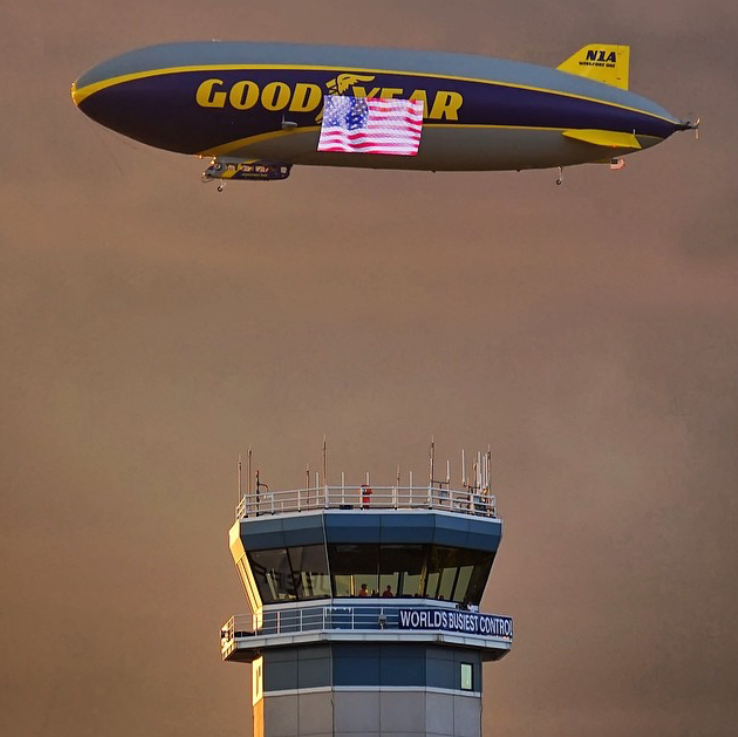