AKRON, Ohio, March 6, 2022 – The Goodyear Tire & Rubber Company today announced the winner of its 2020-2021 Highway Hero Award, a program that – since 1983 – celebrates professional truck drivers who act selflessly for the good of others on the highways across North America.

Gerald “Andy” Wright of Jacksonville, Illinois, a truck driver who saved the lives of motorists trapped in a burning vehicle, accepted the 37th Goodyear Highway Hero Award during a news conference today at the 2022 Technology & Maintenance Council (TMC) in Orlando, Florida.

“From the moment I saw the flames, all I could think about was what I could do to help those inside the car get to safety,” said Wright. “I’m honored to be given this award from Goodyear, and at the end of the day I feel very fortunate to have been in the right place at the right time to help those in need.”

Wright received a significant monetary reward and other custom prizes from Goodyear, joining a prestigious family of past program winners that span generations.

“There is no question that Andy’s actions directly saved the lives of those who were in severe danger,” said Gary Schroeder, executive director, Cooper Commercial at Goodyear. “Andy fully embodies what it means to be a hero, and today we are proud to add him to our list of courageous Goodyear Highway Hero Award winners.”

In October 2021, Goodyear commissioned a call for submissions, asking the trucking community to nominate a driver in their life who demonstrated an extraordinary act of courage on the road. After receiving dozens of inspiring story submissions, a panel of independent industry judges voted on the grand prize winner, and identified two deserving finalists with incredible stories:

As program finalists, Meyers and Hurte will also receive monetary prizes from Goodyear.

To learn more about the Highway Hero Award, view exclusive content and read up about former winners, visit www.goodyeartrucktires.com/newsroom/highway-heroes/. 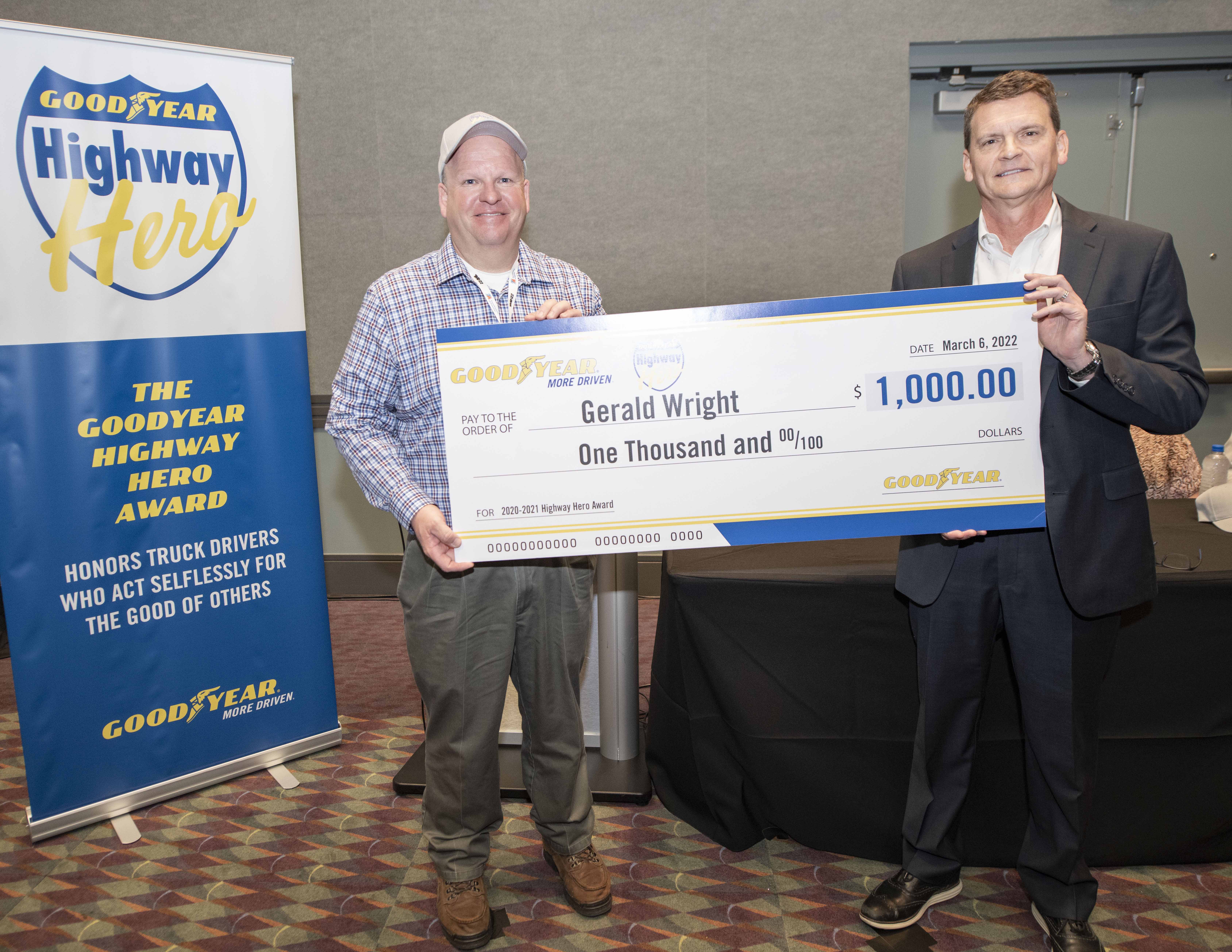 Gerald “Andy” Wright accepts the 37th Goodyear Highway Hero Award, a program that celebrates professional truck drivers who act selflessly for the good of others on highways across North America. Wright was recognized for his courageous act of bravery, having saved the lives of motorists trapped in a burning vehicle in July 2021. (Jessica Yanesh for Goodyear) 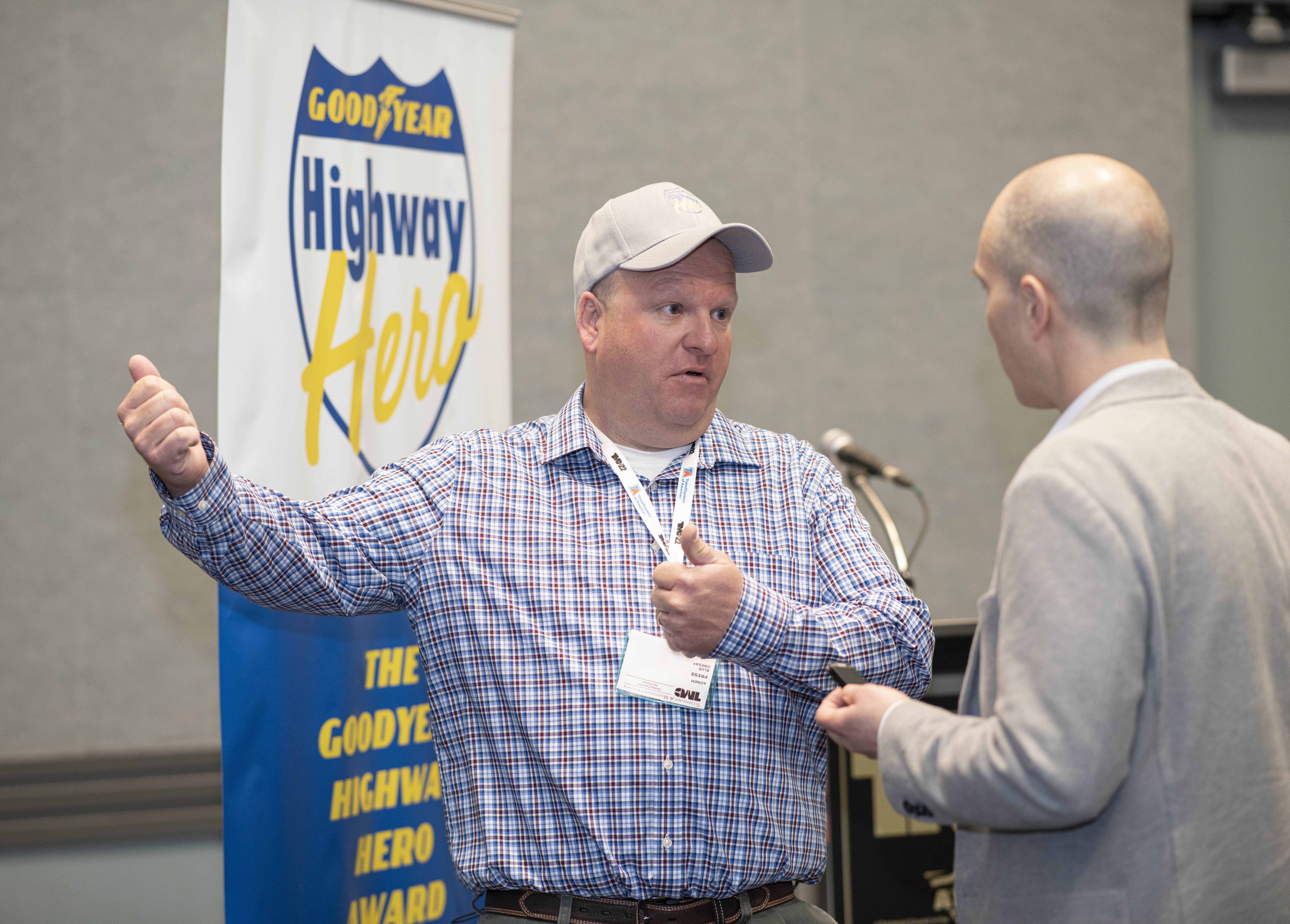 Gerald “Andy” Wright speaks with media after being named the named the 37th winner of Goodyear’s prestigious Highway Hero Award. The Illinois-based truck driver joins a courageous list of past award recipients, dating back to 1983. (Jessica Yanesh for Goodyear).