AKRON, Ohio, Feb. 16, 2022 – When the NASCAR Next Gen stock car makes its regular season NASCAR Cup Series debut at the 64th annual DAYTONA 500 on Sunday, Feb. 20, drivers will compete on the newly designed Goodyear Eagle race tires for the first time in a points-paying race.

“Incorporating an 18-inch bead diameter tire was an important factor of the NASCAR Next Gen design, performance capabilities and aesthetics,” said Greg Stucker, director, Race Tire Sales and Marketing for Goodyear. “Creating a low-profile, street-inspired tire for Cup Series racing was a significant accomplishment that required coordination throughout the entire NASCAR racing community.”

Setting it apart from its 15-inch predecessor used exclusively in the Cup Series from 1997 to 2021, the new tire features a softer tire compound and an inch and a half wider footprint to help give drivers enhanced grip on the racetrack. Importantly, Goodyear designed the shorter sidewall of its NASCAR Next Gen tire to help withstand the sustained duty cycle of oval racing.

The NASCAR Next Gen tire’s development consisted of a rigorous testing process, including thousands of testing miles, simulations with the original equipment manufacturers (OEMs) and in-lab research and development conducted by Goodyear Racing engineers. Alongside the OEMs, Goodyear collaborated closely with NASCAR, race teams and drivers to help ensure optimal tire performance at more than 25 racetracks, from superspeedways to short tracks and road courses.

“Goodyear’s NASCAR Next Gen race tire is integral to the vehicle system and is the only component that physically connects the Next Gen car to the racetrack,” said John Probst, NASCAR senior vice president, Racing Innovation. “Goodyear’s endless engineering and collaboration throughout the testing and development process has been absolutely critical and continues to help drive the sport forward.” 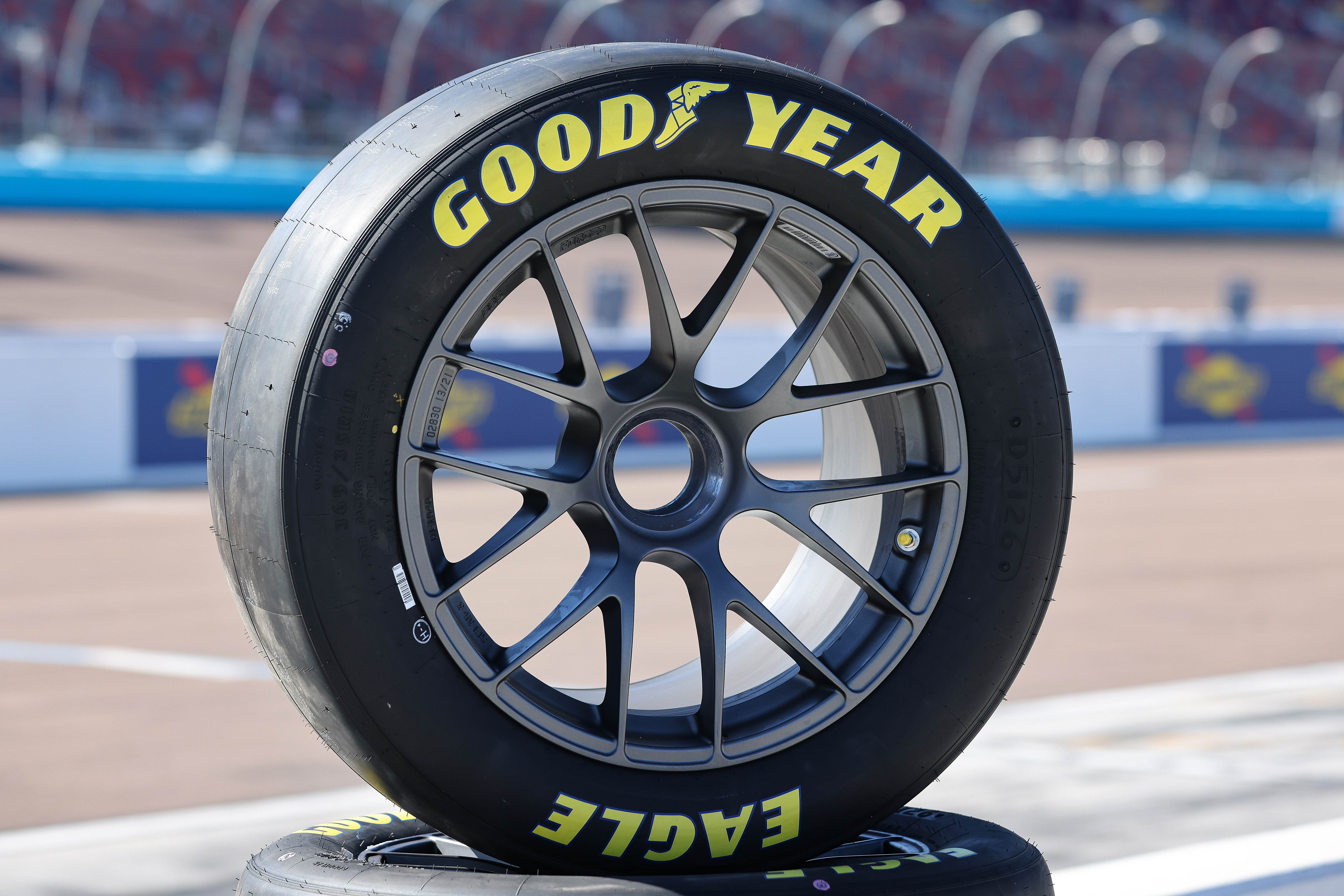 Featuring an 18-inch wheel diameter, shorter sidewall and wider contact patch, Goodyear’s NASCAR Next Gen tire closely resembles its high-performance tire that outfits passenger cars. The NASCAR Next Gen tire will take to the track on Feb. 20, at 2:30 p.m. ET for its regular season NASCAR Cup Series debut at the 64th annual DAYTONA 500. (The Marketing Arm images for Goodyear) 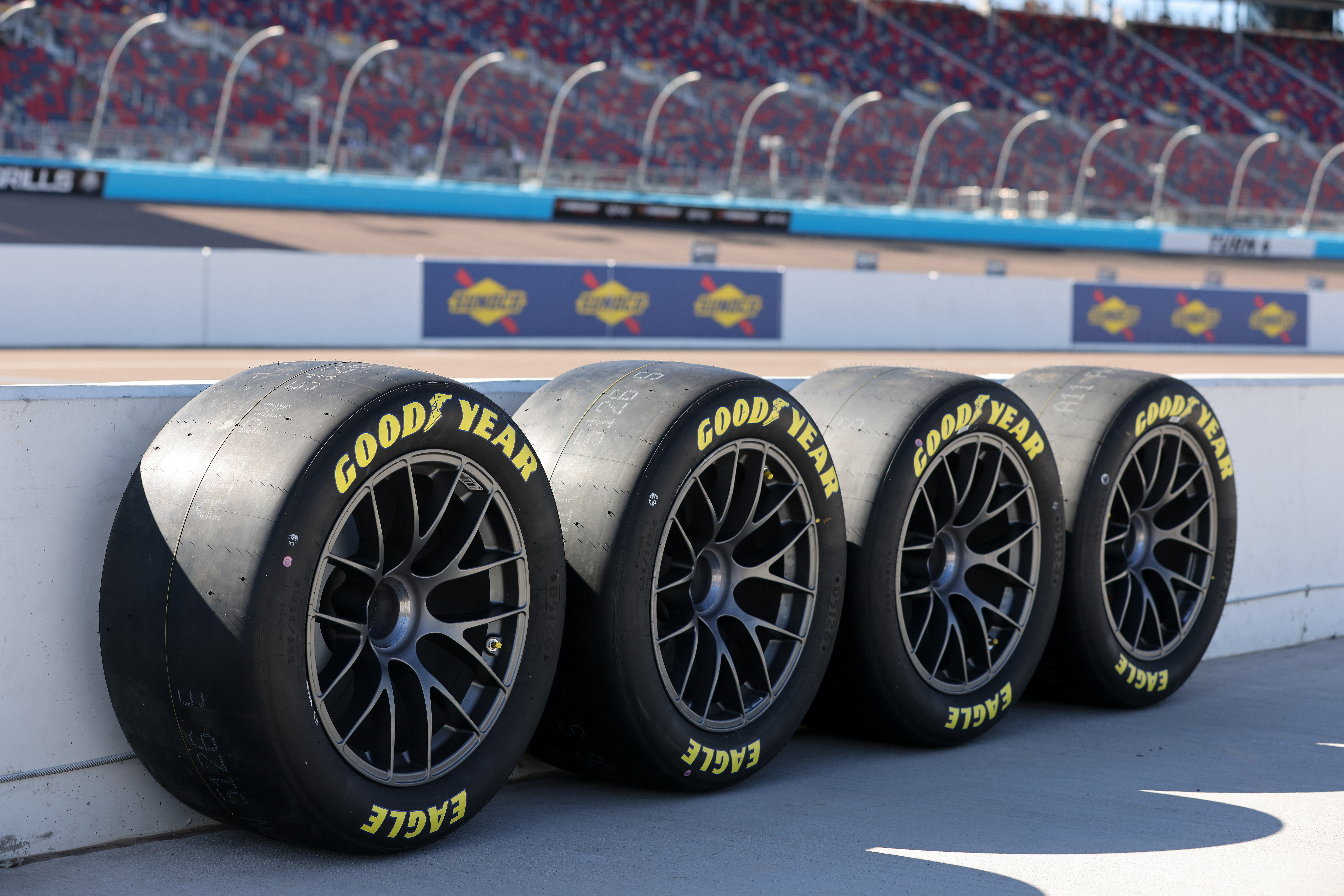 The NASCAR Next Gen tire was a two-year development process that consisted of close collaboration with original equipment manufacturers (OEMs), NASCAR, race teams and drivers, undergoing tests at over 25 tracks, from superspeedways to short tracks and road courses. (The Marketing Arm images for Goodyear) 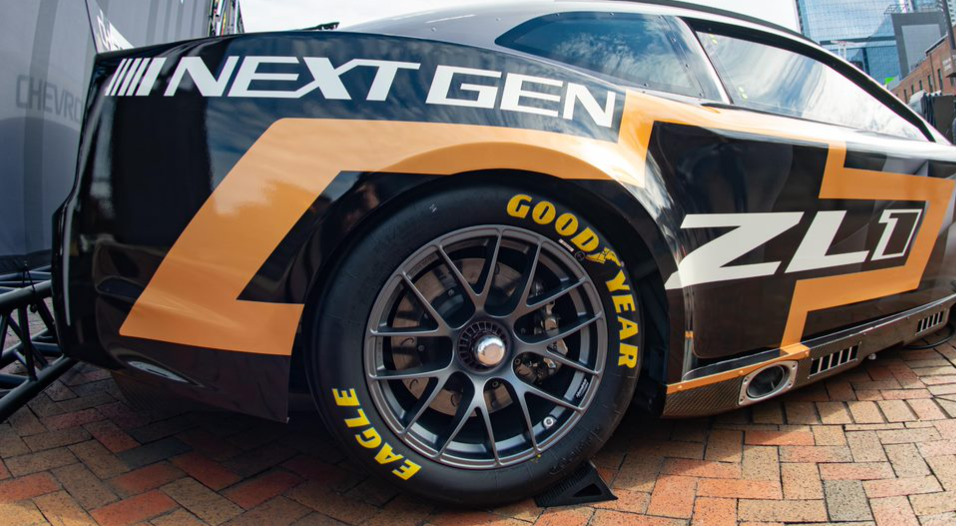