Stephanie A. Streeter, retired chief executive officer of Libbey Inc., was elected to the Board of Directors of The Goodyear Tire & Rubber Company on October 7, 2008.

Streeter served as the CEO at Libbey, a producer of glass tableware products, from August 2011 until January 11, 2016. Previously, she was with Banta Corporation, a provider of printing and supply chain management services, serving as President and Chief Operating Officer beginning in January 2001, and was elected Chief Executive Officer in 2002 and Chairman in 2004. Streeter served as Chairman, President and Chief Executive Officer of Banta until its acquisition by R.R. Donnelley & Sons in 2007. She also spent 14 years with Avery Dennison Corporation in a variety of product and business management positions, including as Group Vice President of Worldwide Office Products from 1996 to 2000. 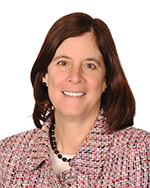