Peter S. Hellman, retired president of Nordson Corporation, was elected to the Board of Directors of The Goodyear Tire & Rubber Company on October 5, 2010.

Hellman also serves on the boards of several nonprofit organizations as well as Baxter International Inc. (since 2005) and Owens-Illinois, Inc. (since 2007). 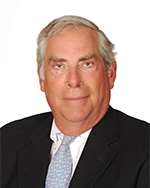