James A. Firestone, retired executive vice president and president, Corporate Strategy and Asia Operations of Xerox Corporation, was elected to The Goodyear Tire & Rubber Company’s Board of Directors on December 3, 2007.

Firestone served in his final role at Xerox from January 2014 until his retirement on October 31, 2016. He was President, Corporate Operations from October 2008 to December 2013 and President of Xerox North America from October 2004 to September 2008. Before joining Xerox in 1998, Firestone worked for IBM Corporation as general manager of the Consumer Division and for Ameritech Corporation as president of Consumer Services. He began his business career in 1978 with American Express, where during his 15-year tenure he ultimately rose to President, Travelers Cheques. 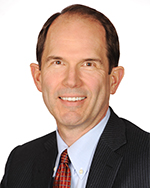