Michael R. Wessel, president of The Wessel Group Inc., was elected to The Goodyear Tire & Rubber Company's Board of Directors on December 6, 2005.

Wessel founded The Wessel Group Incorporated, a government and political affairs consulting firm, in May 2006. Prior to that, he served as senior vice president of the Downey McGrath Group, a government affairs consulting firm, from March 1999 to December 2005 and as executive vice president from January 2006 to April 2006.  Wessel is an attorney with more than 30 years of experience as an economic and international trade policy advisor in Washington, D.C. He also serves as a Commissioner on the U.S.-China Economic and Security Review Commission, a position he has held since April 2001. 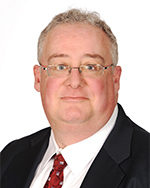