Roderick A. Palmore, retired executive vice president, general counsel, chief compliance and risk management officer, and secretary for General Mills, Inc., was elected to the Board of Directors of The Goodyear Tire & Rubber Company on August 7, 2012.

Palmore joined General Mills, a global manufacturer and marketer of food products, as executive vice president, general counsel, chief compliance and risk management officer, and secretary in February 2008 and served in that capacity until his retirement on February 16, 2015. Following his retirement from General Mills, Palmore joined Dentons, an international law firm, as senior counsel. From 1996 to 2008, he worked for Sara Lee Corporation in a variety of legal leadership roles, ultimately becoming executive vice president, general counsel and secretary. Prior to 1996, Palmore worked at the U.S. Department of Justice and in private practice.

Palmore also serves as a director on the board of Cboe Global Markets, Inc., a position he has held since 2000. 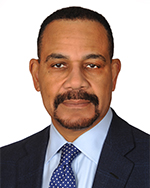