Werner Geissler, retired vice chairman of global operations for The Procter & Gamble Company, was elected to the Board of Directors of The Goodyear Tire & Rubber Company on February 21, 2011.

Geissler was Vice Chairman, Global Operations at Procter & Gamble from August 2007 until his retirement on December 31, 2014, and was Group President, Central & Eastern Europe, Middle East and Africa from July 2004 to July 2007. He joined Procter & Gamble in 1979 and held positions of increasing responsibility in various brand and general management and operations roles in Europe, the Middle East, Central Asia, Japan, Africa and the United States.

Geissler also serves as a director for Philip Morris International Inc., a position he has held since 2015. 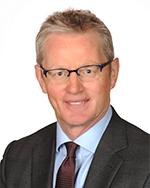